Well, we knew more of these builds would be coming. Instead of more Coyote swaps in old F100 trucks, we're going to start seeing some EV swaps. Here's one that will be on display at SEMA this year, with Ford's E-Crate Motor, the same powertrain found in the Ford Mach-E GT, putting out 480 hp and 634 lb-ft of torque for this build. The 1978 F100 shown here has motors mounted on both axles, giving it AWD. 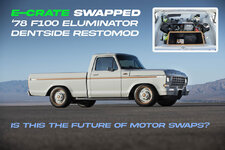 Read the article and view more images from Ford here:

The e-crate is based on the motors found in the Mustang Mach-E GT.

Honestly, I had thought about doing such, but the battery aspect has been a larger part of the problem. Going locomotive style where you run the engine at a certain pace and let the electric motor do all the work would be pretty good as well.
My trucks:
The workhorse, 86 F250 4x4 6.9 nat aspirated, 3.25 exhaust, custom intake, electric fuel pump, otherwise well used stock... not real pretty but just loves to work!

I'm very interested in the e-crate on my 92 f-150. It's about a 50% increase in power and if gas goes to $5, well, I build solar power charging units so my gas locally will be cheap.

They sold out of the e-crates allegedly already. That's crazy since I don't believe the "out of the box" conversion kits for a majority of the vehicles these are going to are even developed yet. $3900 for an engine, nice. But you still need to convert (and make it looks nice, if you want) plus add a $2-$4K battery in there.

Kaajot said:
They sold out of the e-crates allegedly already
Click to expand...

Looks like the first batch of e-crate motors are sold out. That means everyone just has to wait for the next batch....

If you want a 281 horsepower heart of an electric conversion project, you'll have to wait for the next batch.

Got to see this truck in person today at the Holley event today at Sonoma Raceway: 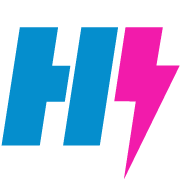 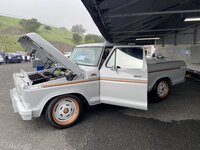 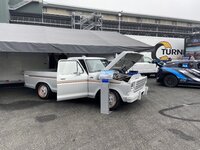 Its cool and all. But EV is not practical for everyday life unless you have an extremely short commute and don't drive be daily.
But this thing is cool. Fast is fast idc.

5.0Flareside said:
Its cool and all. But EV is not practical for everyday life unless you have an extremely short commute and don't drive be daily.
But this thing is cool. Fast is fast idc.
Click to expand...

How long is your commute? My neighbor commutes 240 miles RT in his Tesla Model 3 Performance two times a week with no charging needed at work. 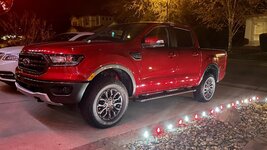 5.0Flareside said:
Its cool and all. But EV is not practical for everyday life unless you have an extremely short commute and don't drive be daily.
But this thing is cool. Fast is fast idc.
Click to expand...

We actually have a LOT of EVs here in Northern CA (a world away from Silicon Valley), and we know several people who drive them daily here in the rural area where I live. I think the idea that they're not practical is becoming more of a misconception than a reality lately, at least in some cases. It's true that if you don't have solar installed for your home it might not be very practical, but I'm betting most people who have EVs these days have solar installed so they can charge nightly and don't have to worry about recharging elsewhere when they leave the house for work or errands. The only time they have to stop to recharge is if they're driving long distance (over 150+ miles one way). That's when the recharging infrastructure will come into play. Most people around here don't commute more than 60 or 75 miles round trip for work so it isn't a big deal at all, as most EVs have a range of over 300 miles now.

The big test for EVs is going to be the Lightning and other trucks that hit the market. We'll see how the market reacts to those, and how practical those end up being for people who really use their truck for hauling and towing. If that becomes more normalized, I think you're going to see a LOT more EVs all over the place. We'll see. They're still not something I'm ready to pull the trigger on, a bit outside of my budget too. But I'll be watching to see how it all plays out just like everyone else. I'm really curious to see how many motor swaps we see going into older vehicles by gearheads out there, like we see with this F100 build above.
-Chris