Took this picture at a vintage military vehicles show in Florianópolis city some 7 years ago. This is a former Brazilian Army truck, with the military preparation performed by the defunct Engesa company which converted it from 2-axle 2WD to 3-axle 6WD. Its stock engine was a 292cu.in. Y-Block, but had been repowered with a Diesel in the wake of the oil crisis. Many were fitted with a Mercedes-Benz OM352, but this one had an MWM 229-series. 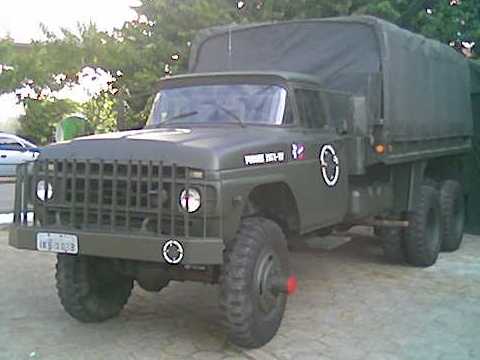