At the bottom of the F1 learning curve

Posted in intro section but not sure how big this forum is and thought it best to post on this section....

She wanted something vintage to play with....besides me. We needed the buy in to be very low. After a couple hours of discussing and web browsing we were in a parking lot waiting for a kid with a truck for sale.

It needed to run and stop and cost little. So a few grand later - low price for San Diego... folks from other areas with some savy would prob have spent hundreds, or more likely just took a pass.

I haven't wrenched on a anything old (spend spare time tweaking a modern Indian) for many years.

Anyway, while waiting to see the truck, the wife began to realize a manual trans would be a challenge for her to drive. ...gave her a 'what were you expecting' talk and said we could do a conversion.

Well turns out it was converted some 30 years ago to 327, powerglide, rachet shifter, front discs ...total hotrod from back in the day.

Bought it. It's a total mess. Rusted through and through. And leaking from everywhere. 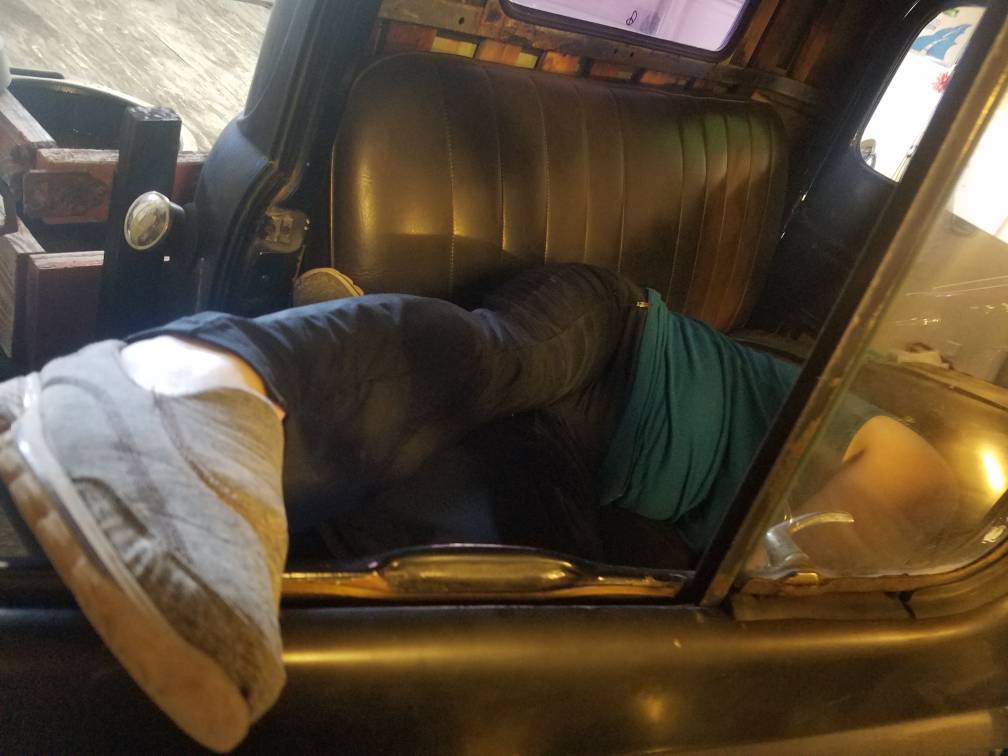 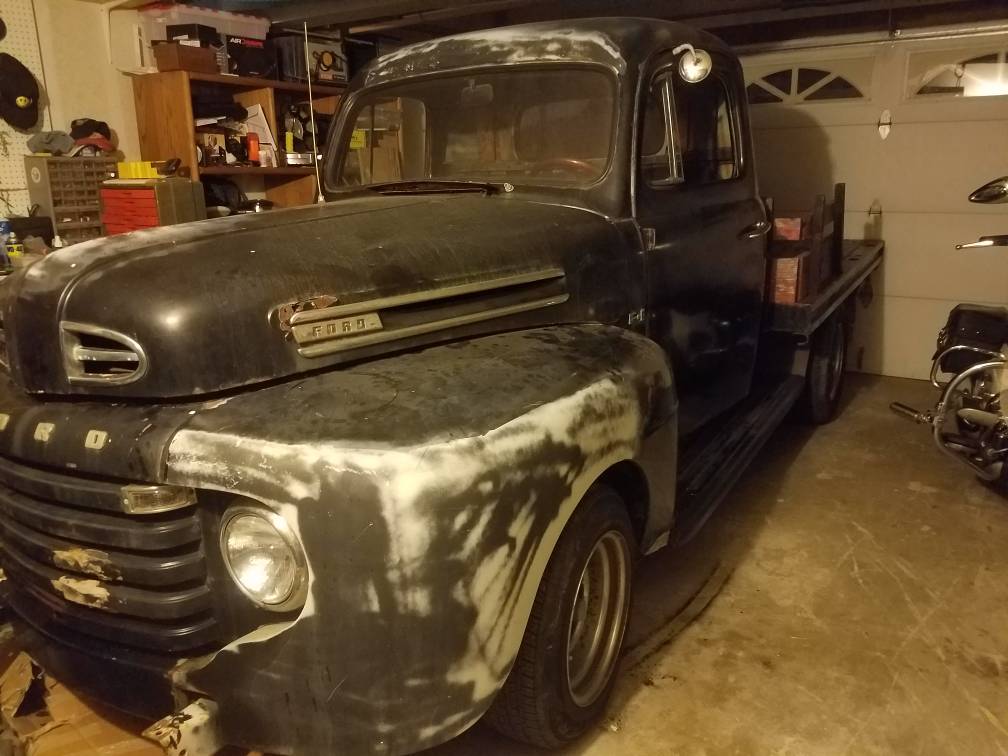 That sounds like fun ,my wife bought my 68 for my B-day ,an helped
me apholster the seat ,we argued a little ,but got it done!...

Not a bad looking truck - my first one 18 years ago was much worse.

Ask away if you have specific questions. Around here we all learn together.
...Tim

Is the 327 a Chebby motor? If so, you should get some proper Ford power in there!

Kidding (maybe), nice find though and good luck with the build. The folks here can get you where you need to be of you need help.
Bow low before God, stand tall before man, and stand firm in the gap.

Great to know there are folks that "know" and are willing to help.

Will need to stay with the chevy power for now since it's the best condition piece off the project.

I guess the first thing to do is to replace what's really worn. Feels like everything is really loose when making turns. I know it's old tech but I guess I should step through all mounts and suspension.

Feels like the steering column wants to move around allot.

Any guidance is appreciated!

Sent from my SM-G930T using Tapatalk

vistachief said:
Great to know there are folks that "know" and are willing to help.

Will need to stay with the chevy power for now since it's the best condition piece off the project.

I guess the first thing to do is to replace what's really worn. Feels like everything is really loose when making turns. I know it's old tech but I guess I should step through all mounts and suspension.

Feels like the steering column wants to move around allot.

Any guidance is appreciated!

Sent from my SM-G930T using Tapatalk
Click to expand...

I know nothing about the F1 ,but on my 68 ,I had to replace the whole
steering column!
The bushings were totally shot an the steering wheel & shaft litterely moved
up & down in your hands ,along with a worn out rag joint was down right
scary to drive!

I bought a new chrome tilt steering column ,but didn't go back with the
rag joint ,instead I installed a universal joint!...so if you don't mind after
market parts ,you can go that route!...

Depends how ambitious you are. I tore mine down to the frame and replaced everything that was worn out as it was rebuilt.

The stock steering and suspension is actually pretty decent when new. Bushings and bearings are available for every piece of your truck. NAPA has a lot of them. Everybody has a favorite store - mine was Sacramento Vintage Ford for aftermarket parts.

Take things apart, store and label the pieces as you remove them so you can find them later... trust me on this one

I titled and licensed mine when I bought it - that was my motivation half-way thru. My rebuild lasted from Feb '99 thru July '01. I drove it for 10 years as a daily in stock configuration when I started to replace the engine. Life got in the way for a bit but I hope to get it back on the road this summer. Smiles per gallon!!
...Tim

Sent from my SM-G930T using Tapatalk

The wife doesn't care for the power glide 2 speed transmission. Really only one usable gear.

I assume a swap to a th350 would be doable. ..wishing it was a Ford drivetrain...feels wrong.

I'd go 700 r 4. overdrive, non computer. just requires a vacuum switch to lock/unlock the converter
Charlie
"A common mistake people make when trying to design something completely fool proof, is to underestimate the ingenuity of a complete fool."